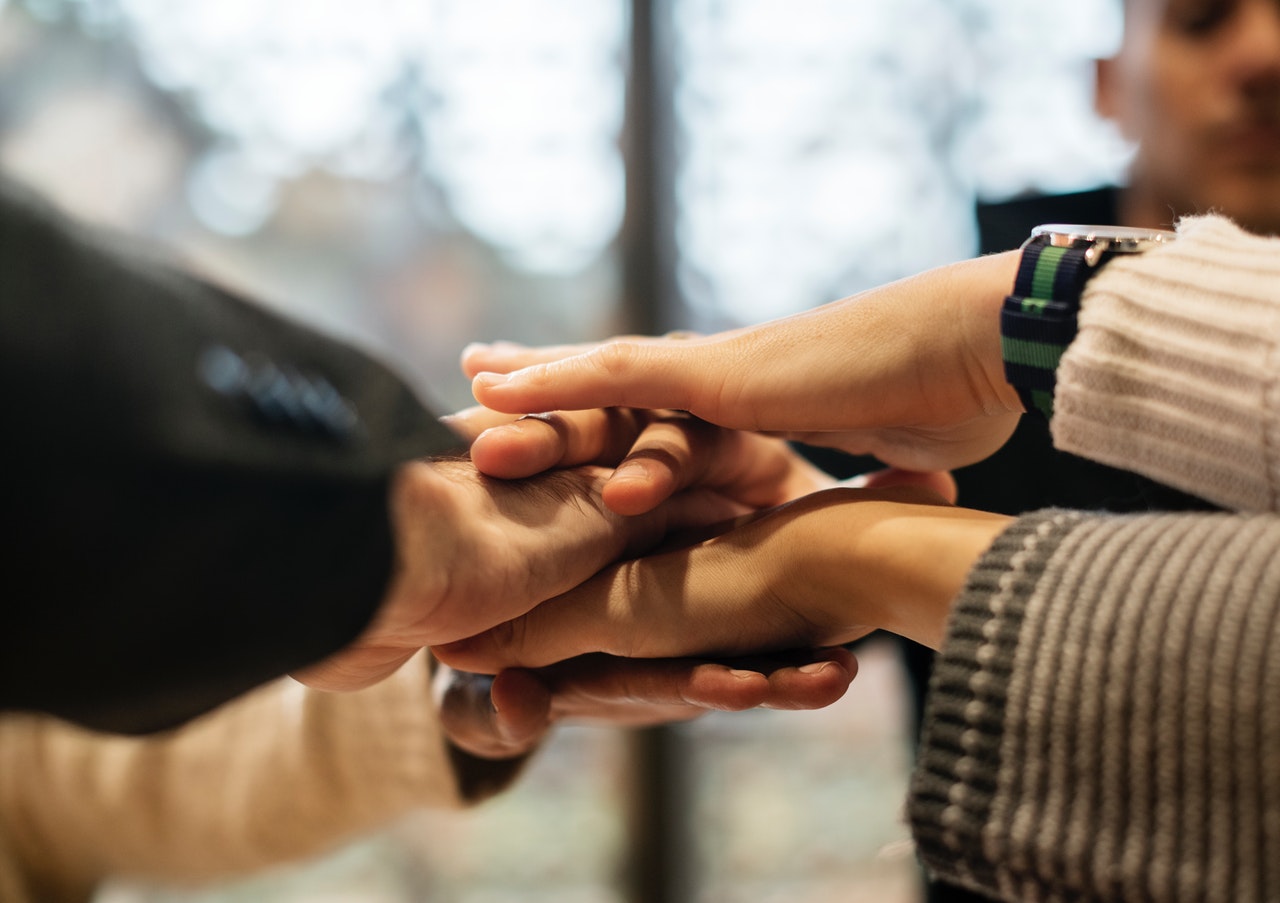 Ilona Boyce founded the Heartland Agency in 1995 after a long career with the government in the area of Children’s Services. She holds a Master’s Degree in Social Work.

Ilona’s professional goal has been to advocate for all children, regardless of their circumstance , to ensure that each child is given the benefit of an “even start” in life. While working toward this goal, Ilona has developed a variety of programs for both children with exceptional challenges as well as those children who simply need care while their parents work.

Ilona has studied brain development, the effects of trauma on brain development and what makes for healthy children. She has built this knowledge into both the Heartland and Evenstart programs.

She has been a recognized advocate in her field, and has received the Early Childhood Professional Association Service Award in Alberta. Ilona has been recognized for her work by Global TV as a Woman of Vision, by ATB, as a Mistress of the Modern and by the Premier of Alberta as the recipient of the Queen’s Diamond Jubilee Award. 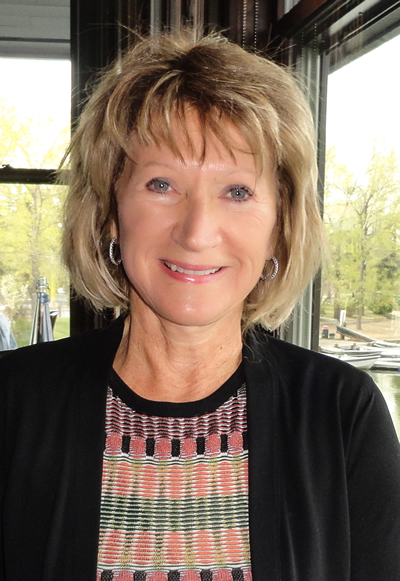 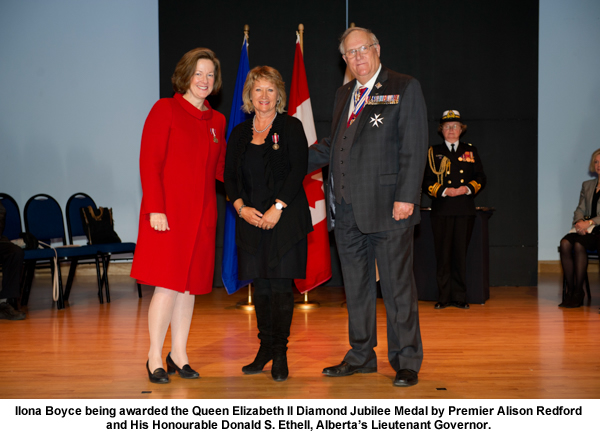 Ilona is a volunteer Chair for the EvenStart Children’s Foundation of Calgary. 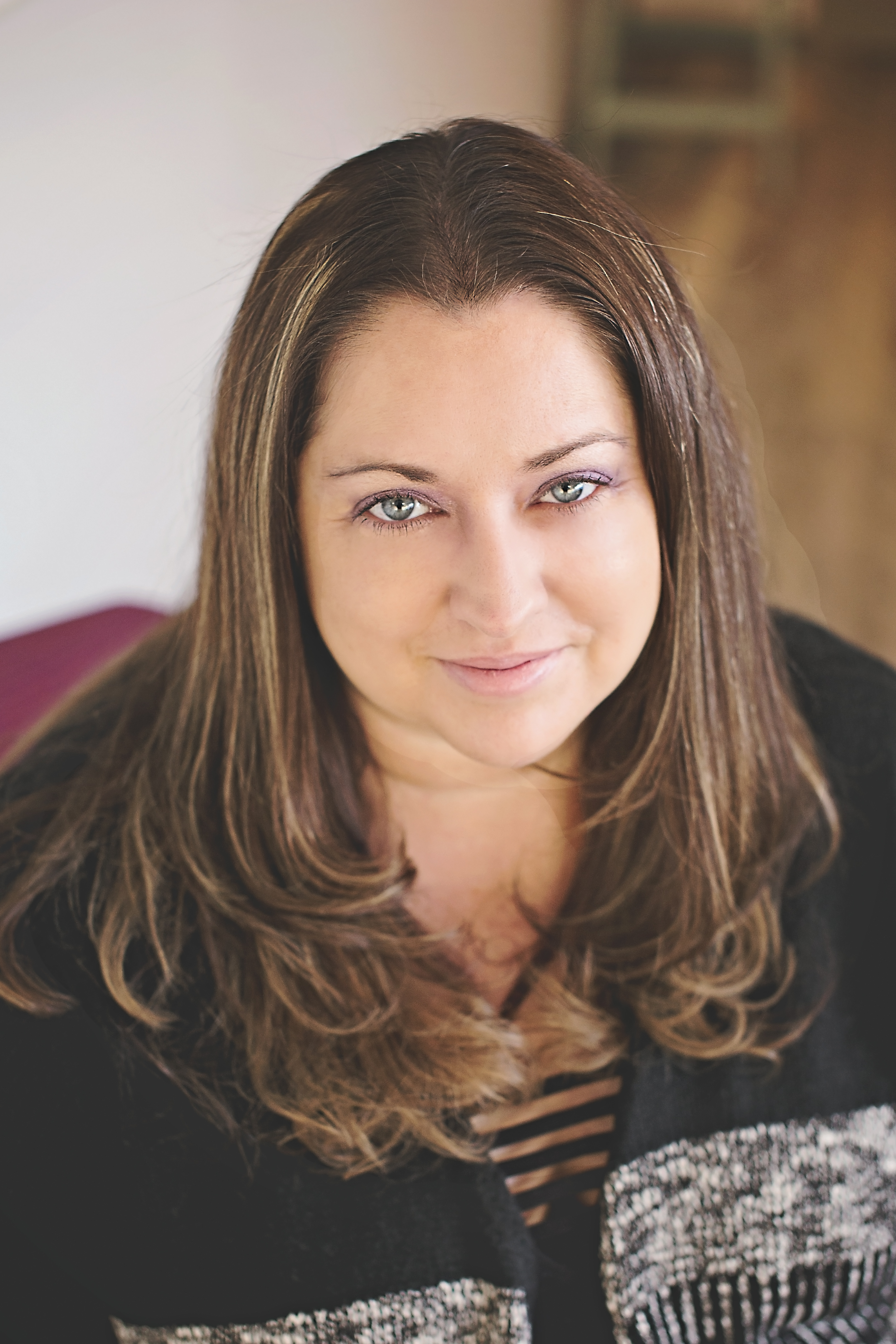 Brianna is responsible for overseeing the operations of the EvenStart program as well as the Imagine ELCC Daycare Centres. She works with the clinical staff, site managers and professional consultants in managing the EvenStart Program. Brianna also coordinates the EvenStart Annual Christmas Hamper program, which provides hampers for over 130 families each holiday season. Brianna has worked at Heartland since 1995.

Brianna also enjoys camping, quadding, snowmobiling and spending time at the lake with her family. Brianna is married with twins, she has a boy and a girl and together they love to travel.

Mandy has worked with the Heartland Agency for over 15 years. She began her journey with Heartland as a summer camp counselor and from there became the Site Manager of the SW locations. Mandy currently holds a Diploma in Business Administration specializing in General Management. She has a passion for paper work and loves the financial aspects of business.

Outside of the Heartland Agency, Mandy is also a Certified Personal Trainer and a mother of two fabulous young children. 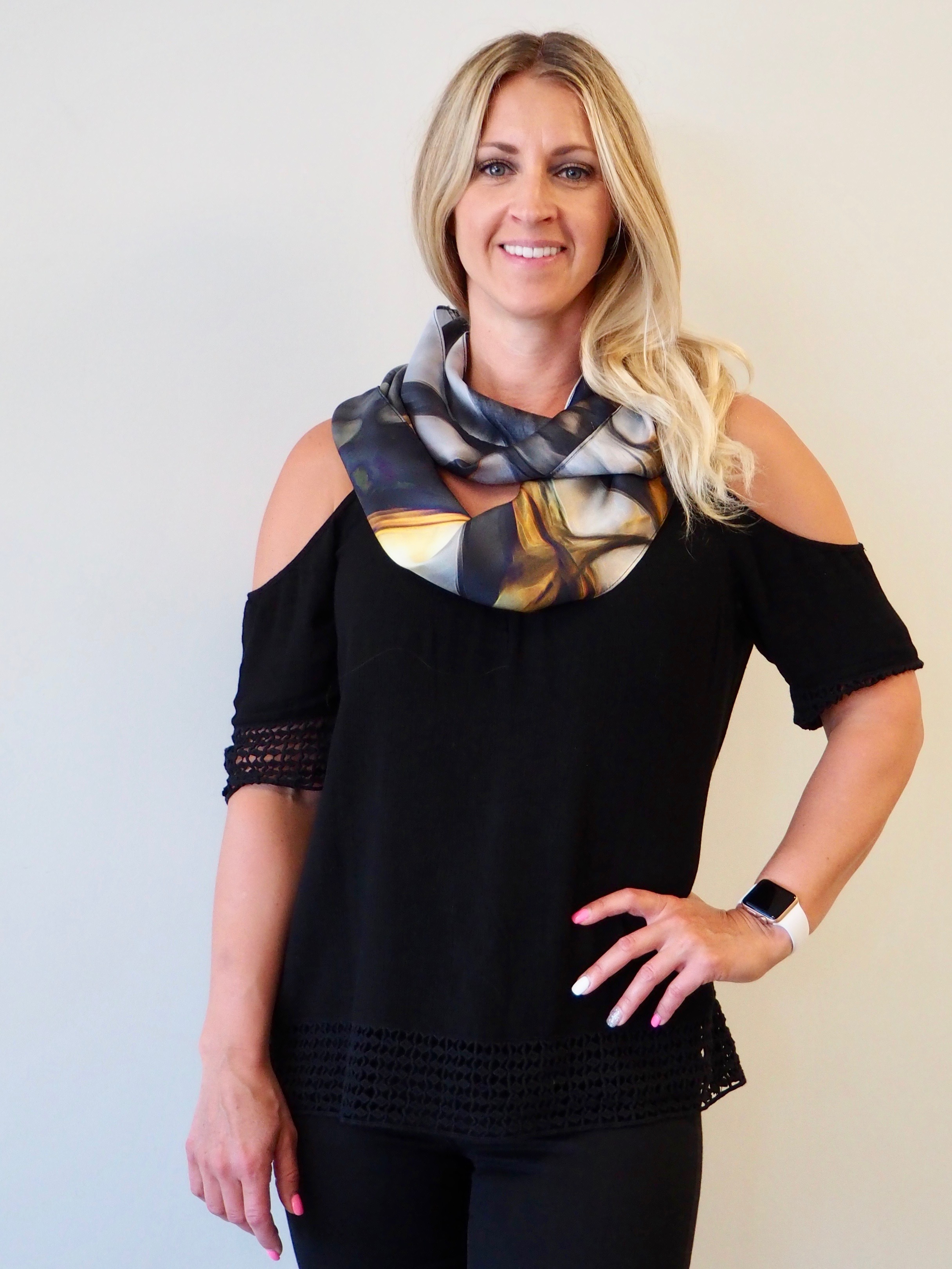 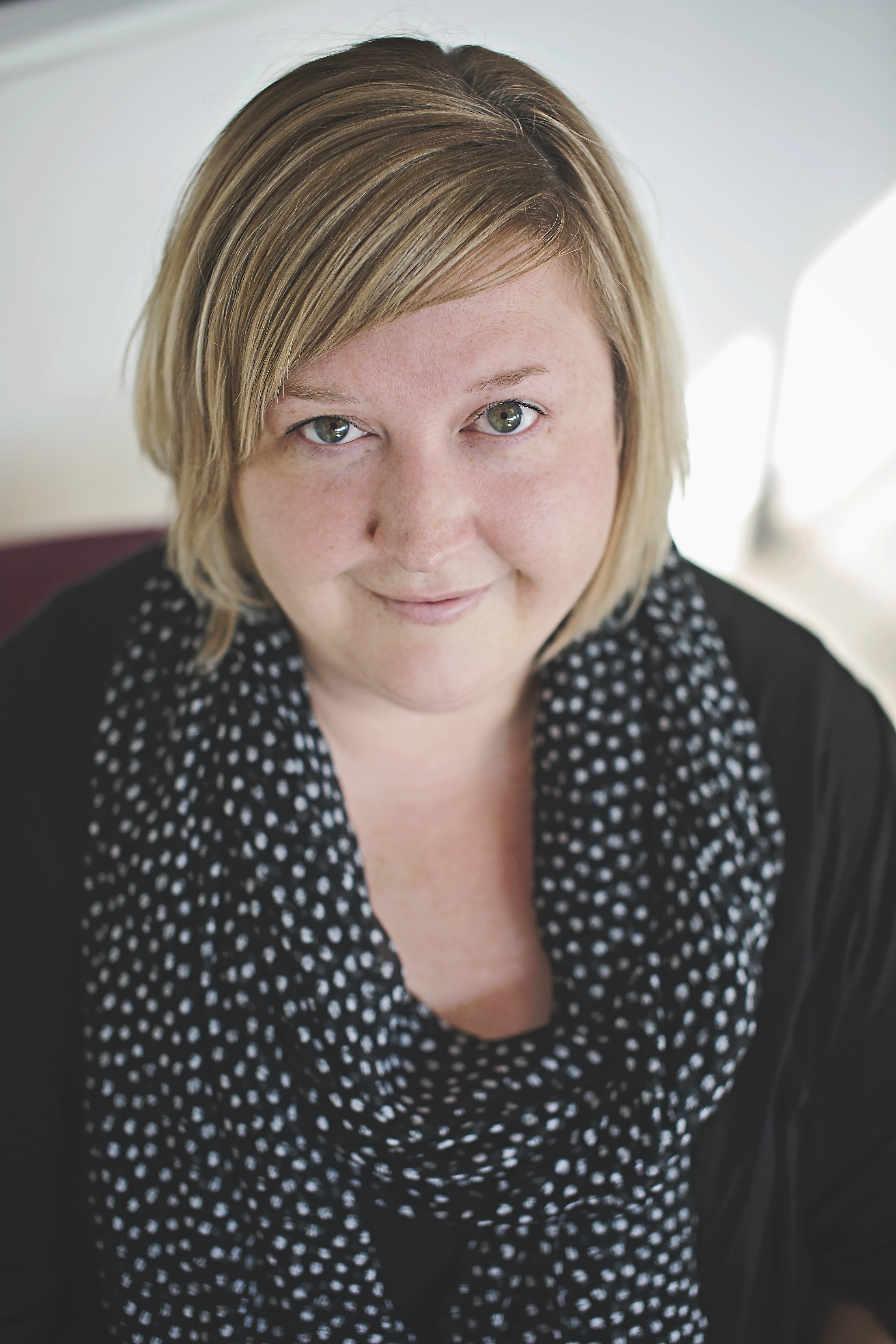 Denise joined the Heartland Agency in 2009 as a Site Manager, where she coordinated operations of the EvenStart Program at Heartland’s Monterey Park location. In her new role as Manager of Operations, Denise works closely with all centres across the Agency, collaborating with other Managers to develop and implement best practices and initiatives that support Heartland’s diverse group of children and their families. Denise is also involved with the
EvenStart for Children Foundation as the Program Manager, liaising with community partners and stakeholders and working to raise community awareness of the initiatives undertaken by this grassroots charity. She is passionate about connecting with and supporting families and staff, and loves the opportunity to develop and integrate new ideas and resources to build a sense of community within the Agency.

Denise enjoys spending time with her husband and two active boys. Together, they have a love for baseball, adventuring, and live music.

Kelly recently joined the Heartland team in May of 2022 and brings a dynamic background in Human Resource, Marketing and Office Management; with extensive experience in managing, organizing and facilitating leadership development in the non-profit and oil and gas sectors.  She has proven success in creating cultures of collaboration, and implementing change to achieve workforce excellence. Kelly possesses experience in several aspects of the workplace.

You will often find Kelly in her spare time cheering on her kids at the hockey rink, dance competitions or supporting local businesses and charities. 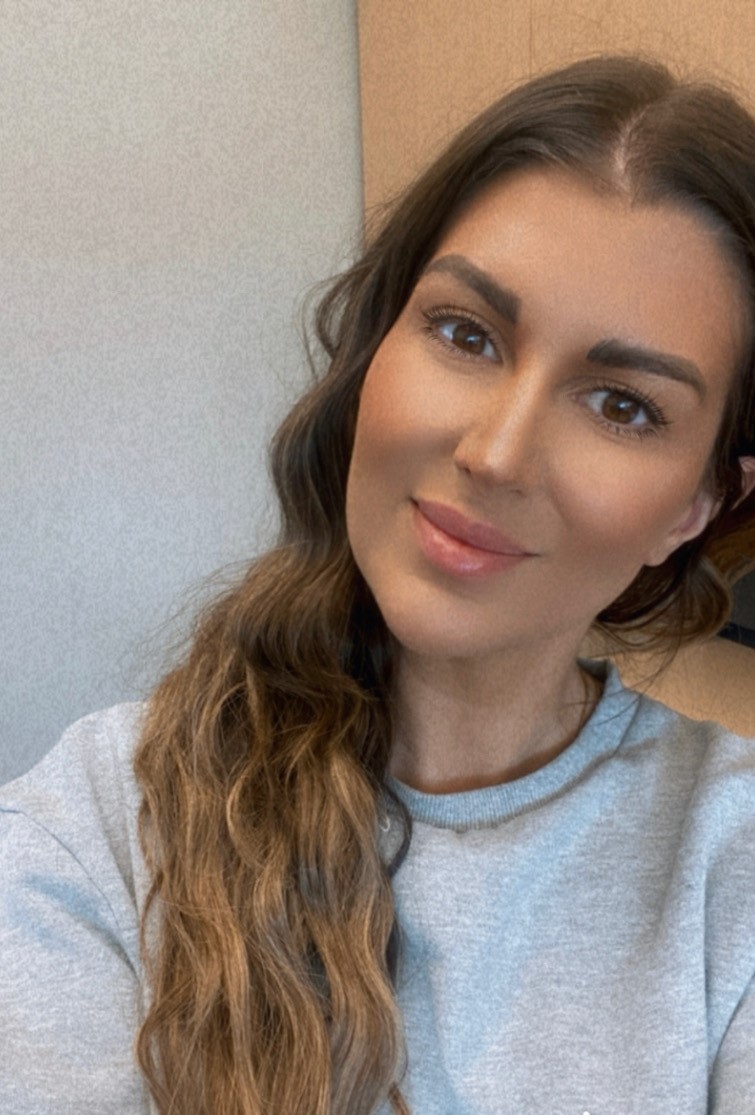 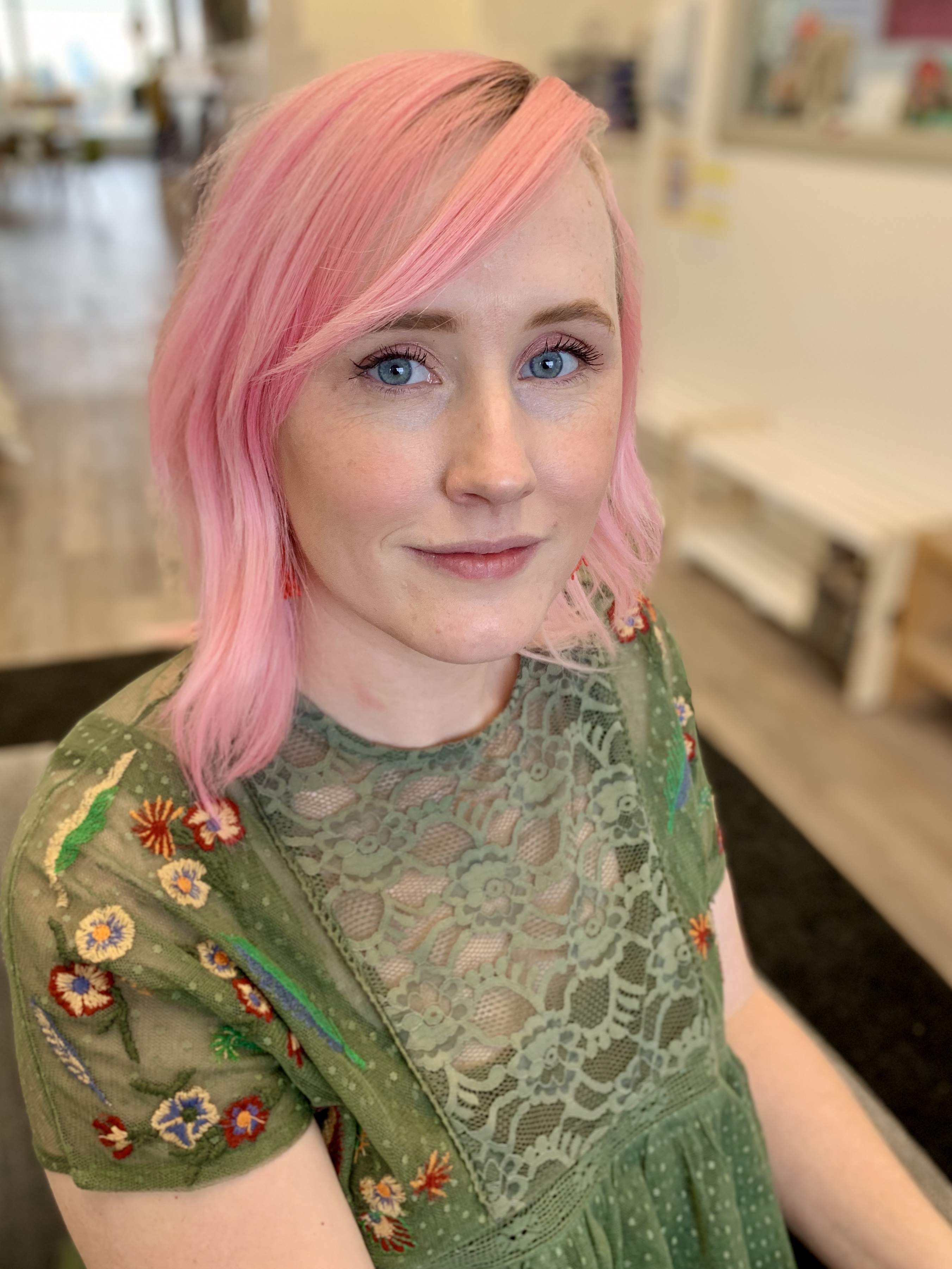 Sarah has been a part of the Heartland team since 2018. Originally from Hampshire in England she moved to Calgary in 2015. She started her teaching career in 2010 at a Special Education Secondary School, where she taught woodwork and crafts. Upon moving to Canada she started working with Preschool and Kindergarten aged children in a Montessori setting. Sarah found her way to The Heartland Agency looking to get back into a special educational setting.

When away from the Heartland setting, Sarah spends her time with her husband and three wonderful children. She prides herself on being a Mum, finding time for yoga, random dance parties and walks with the family dog.

Becky got her start with Heartland fresh out of university in 2008 and has been with our agency ever since. Throughout her years at Heartland she has been a summer camp counsellor, Education Assistant, Assistant Site Manager and now in the role of Site Manager she is responsible for coordinating operations for our Signal Hill and Westside locations. Her role includes overseeing programming, staffing, bussing, parent communication, as well as general support to families. She is a first point of contact for registration into Heartland’s ECS Enhancement program, before and after school care programs and Summer Camps.

She holds a Bachelor of Arts degree in Behavioural Science. Originally from British Columbia she has made Calgary her home. Becky has a love for the Alberta backcountry and can often be found hiking and camping whenever possible. 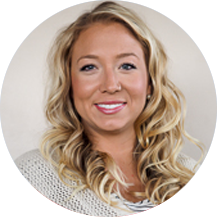 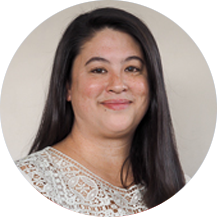 Nytasha has been at Heartland since 2010. She is currently the Site Manager at our Monterey Park location. Working with children has always been a passion of hers and she enjoys helping create an exciting and caring environment in which the students can flourish.

While living in the United States, Nytasha received her Bachelor of Science, but moved back to Calgary after missing the sunshine and mountains! She enjoys spending her free time with her amazing family and friends.

Nav has been a part of Heartland Agency Imagine Daycare since 2017. After finishing her Bachelors in Nursing, she taught nursing diploma students for two years In India. She had worked in a healthcare setting for two years in Winnipeg and a year in Edmonton. Though Nav’s background is in nursing, her volunteer work back in 2010 with children has consistently led her to expand her career in early childhood development. Since then, she has been working with children and their families. For Nav, play is an essential part of early learning. Together with her amazing and creative team of educators at Centre 4800, she is committed to provide nurturing, caring environment where children can learn, grow and thrive while exploring the world around them through play. 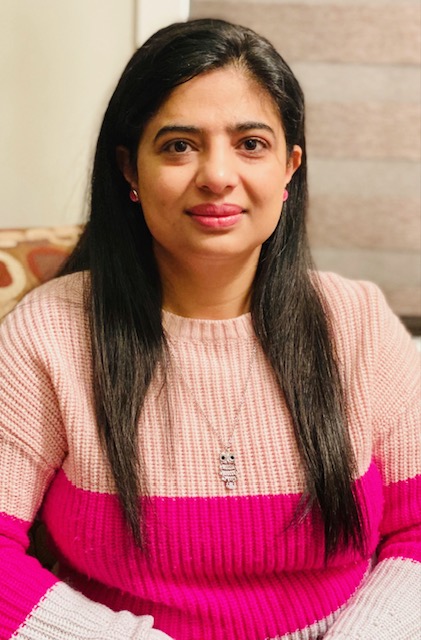 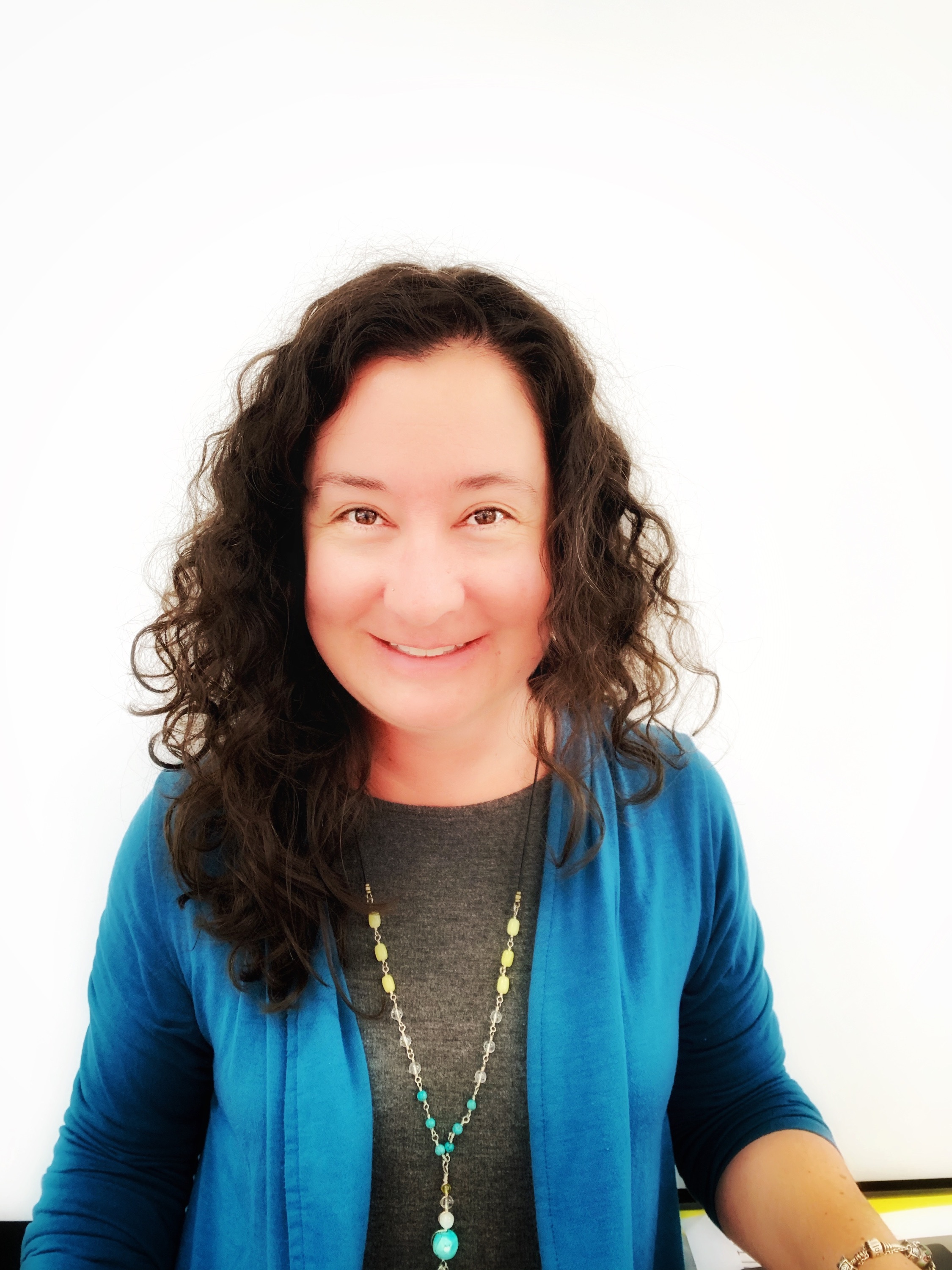 Cara has worked as an educator in early childhood settings for twelve years. In 2008, she earned an M.Ed. degree in Interpretive Studies, with a focus on the Reggio Emilia approach to teaching and learning. As Education Coordinator for the Heartland Agency, Cara develops play-based programming that is supported by research on best practice in early childhood education. She is passionate about creating safe, supportive and respectful classroom environments where children learn to explore their questions and ideas about the world. Cara brings creativity and imaginative problem solving to her role, supporting educators at all Heartland Agency locations.

Cara loves artistic expression, embarking on new adventures and having fun with her four children.

Jessie recently joined Heartland as the Behaviour Specialist and Family support at the Mayland Heights Location. Jessie has worked with the Special Needs population for over 8 years both in supporting families in the community and as a behavioural interventionist in childcare settings. Jessie truly has a passion for working with this community and found this passion when completing a practicum at our Monterey Park location while in University. It was this passion and love for the community that brought her back to Heartland years later.

Jessie is born and raised in Calgary and enjoys heading to the mountains anytime she can with her puppers Goose. In her downtime, Jessie enjoys travelling, hiking, hanging out with her 2 nieces and volunteering for the Huntington’s Society of Alberta. 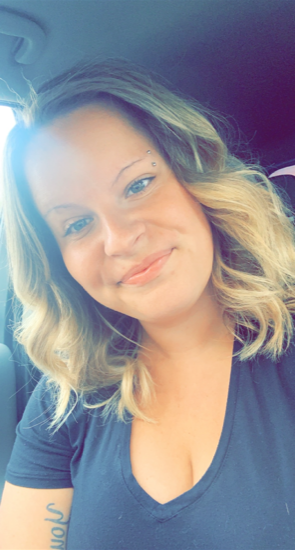 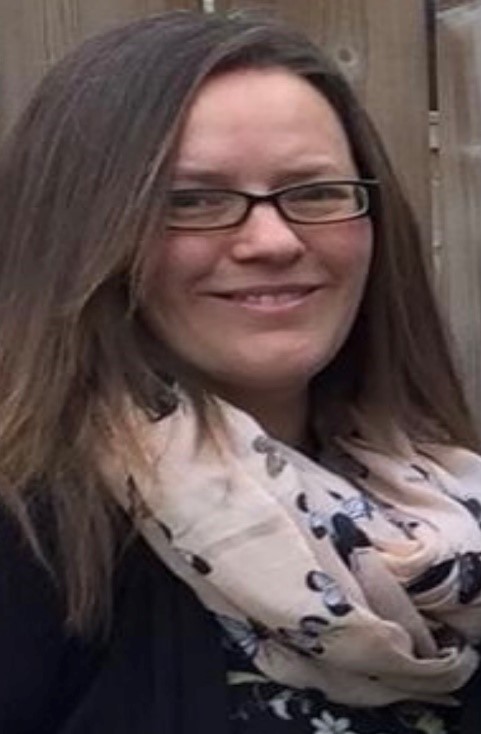 Caroline moved from England to Calgary in 2008, and is joining us with over 20 years experience in the early years and special education field. In England, Caroline was an assistant manager, room leader of 3-5 year olds, and a special needs co-ordinator. In Calgary, Caroline has built on her experience by supporting children with special needs, as well as coaching and mentoring families and staff. Caroline is very passionate in seeing others succeed!

When not supporting children and families at Heartland, Caroline can be found exploring in nature with her own family. 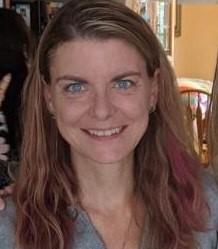 Dawn has been a part of the Heartland Team since 2012 as an Administrative Assistant at the Monterey Park Location.  Dawn’s role in supporting the Site varies from clerical to shopping for the food the children eat or being able to spend time in the classroom connecting with the children.  Dawn loves the many ways Heartland builds into the lives of the families we serve. Dawn has an Early Childhood Development and a Paralegal Diploma. Dawn loves spending time with her husband, 3 children and her two pugs, Merry and Pippin.  Dawn enjoys kickboxing, crocheting and gardening.

Amanda joined the Heartland team in 2019 and has settled down at the Signal Hill location. Originally from the United States, she has loved living in Calgary since 2014. She enjoys camping, reading, creative writing, cooking, and photography. After a long day at Heartland, Amanda enjoys coming home to her boyfriend and two cats. Amanda received her Business and Accounting Degree from North Georgia Technical College in 2009, then a Bachelors of Science Degree in Physical Anthropology at University of Calgary in 2021. Her background in Anthropology has been very useful when collaborating with diverse students, families, and colleagues. She looks forward to the challenges of working with special needs children everyday, and enjoys celebrating with parents.